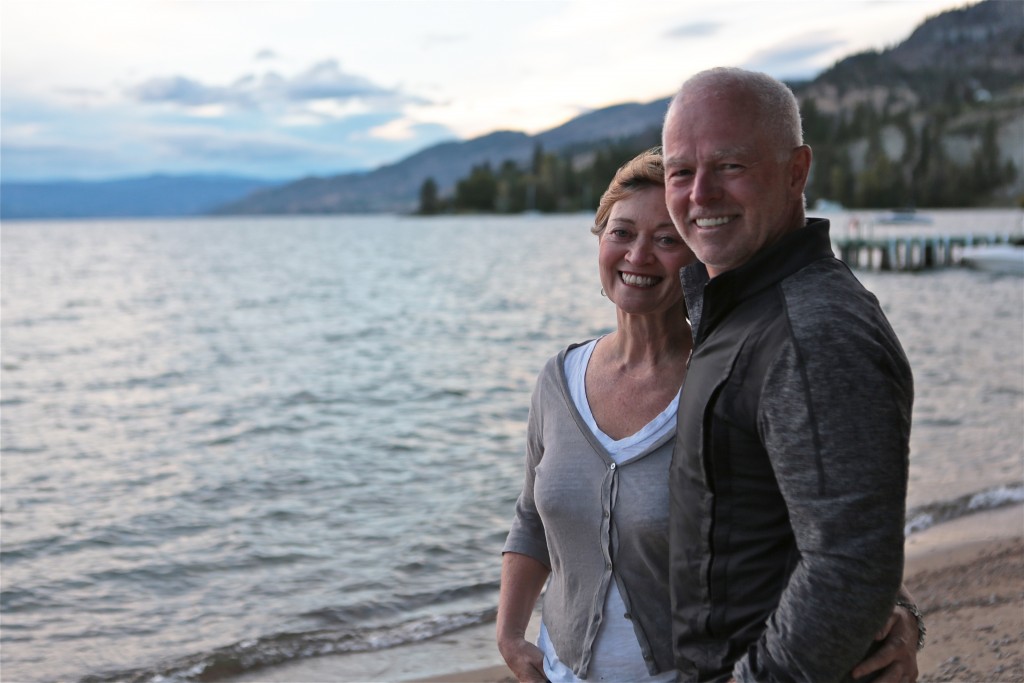 For the last year, I’ve lived, breathed, ate and slept addiction. Literally. That’s because for the first time, I’ve made a film with and about my partner, Mike Pond.

We began filming our CBC Nature of Things documentary on Addiction last February. The film is one of three key resources on AddictionTheNextStep.com, designed to transform attitudes and approaches to addiction.

Mike hit a devastating rock bottom and nearly died before he got sober, 5 years ago. The film, called Wasted, follows Mike on his mission to discover new understanding and new treatments for addiction.

Filming ate us up. We’d get up and review all the scientific research, to prepare for interviews. I’d coach Mike on how to appear on camera. Then I’d direct Mike all day. Then we’d go home and over dinner, we’d assess the day’s progress, debate what we thought we hadn’t quite nailed and then go to bed, laptops perched atop our knees, pecking away at “just one more email, honey.” On the weekends, we’d end up going to Lighthouse Park in West Vancouver, our favourite place on the BC coast, traipse through the dark rainforest, drink in the deeply oxygenated air, and talk about ““ what else ““ addiction!

All this, while actually writing a 2nd edition of our book called, Wasted: An Alcoholic Therapist’s Fight for Recovery in a Flawed System.

Making a film with Mike was complicated. I was clearly in a conflict of interest and I have to say my TV director brain sometimes over rode my “decent human brain.” We took Mike back to Penticton to film a few times. He’d tear up, overcome with emotion as he related how he lost everything here that mattered, to alcoholism. My TV brain would go, “Yes! Very compelling scene.” and then immediately I’d be chagrined and ashamed, recognizing this process was hurtful to this man. I was getting “great material,” but at what cost?

As the year progressed and as we came to understand how the brains of those who battle addiction are different than the rest of ours, I realized even submitting Mike to the scientific tests, for the sake of the film, actually put him at risk of drinking again. One of those ““called alcohol cue testing ““ involved wiring him up in an MRI and showing him pictures of very enticing drinks. Look, but don’t touch.

I’d ask Mike during these particularly challenging shoots, whether he wanted to keep going. And always, “yes.” His passion is to change the conversation about addiction and he can’t do that until people see it less as a moral problem and more a medical one. That’s what we hope to accomplish with this film.

Filming was taking a toll on me too. There are so many detailed, intricate steps to this kind of storytelling that after you’ve done it for a while they just become part of your DNA. I’d show Mike an early rough cut. That the film would change at least two dozen times after that, is simply part of our editing process. But Mike couldn’t understand and agonized over every change and would want to debate and argue. And by the end of the day of editing, I had no patience for this, even though he was the person who deserved my patience the most. He was going public with a very intimate and to many people ““ shameful- part of his life, because he wanted to “change the conversation” about addiction. And I was just simply done. There were several icy morning coffees.

During editing, Mike learned to “let go” of control and trust the process, trust me, my filmmaker partner Helen Slinger and fabulous editor Jeanne Slater.

Mike and I learned in order for our relationship to survive, we’d both have to “let go” of addiction. Down tools. Make rules. We now go for walks and challenge ourselves to not talk about addiction. We’d have a “housecoat” day one day a week. Play with our 2-year-old grandson Elliot. There’s nothing like a 2 year old to teach you how to live in this moment!

Making a film together is akin to surviving a reno, I think. And survived it we did. We’ll be celebrating our 5th anniversary this coming weekend. And you can see our film, Wasted, January 2016, 8pm on CBC Television.

An honest and heartfelt descsription of “wearing two hats” – you two are brave. Best of luck with the film. xo

Thank you for the kind words, Leora. – Maureen & Mike

I can’t wait to see the film. I have been doing much in depth Redding in the science of addiction and trying to be far more compassionate to my son who is going through some very hard times.